Born in into a family full of military heroes, Carl had a feeling at a young age that his family’s service would influence him to one day wear the uniform. Carl’s dad was a Prisoner of War in WWII and retired Army officer and his older brother Bruce is a Vietnam veteran and a retired Army officer as well.

In the fall of 1984, Carl began his first year at the University of Connecticut. Aside from the routine class load, Carl was in the Army ROTC program and played on the university’s baseball team at the Hartford branch campus. Upon graduation, in 1988, Carl accepted a regular Army commission and embarked on a 22-year career that would take him to Korea, Egypt, Somalia, all over Europe, Kuwait and Iraq. Additionally, Carl was on site at the Pentagon on 9-11 approximately one hour after the disaster took place and worked there until the Military District of Washington’s mission was completed. Aside from enjoying his interaction with all service members, Carl has two significant highlights outside command: he served on the Armed Force Inaugural Committee twice and Carl served as a military escort for President Reagan’s personal physician when the country honored the passing of our 40th President.

Carl enjoys sports, particularly softball and works diligently with the University of Connecticut Alumni in Washington, DC.  In 2014, Carl was elected to the University of Connecticut’s Alumni Association National Board of Directors.  Carl and his wife are members of the Leonberger Club of America, showing four of their five Leonbergers.  What is a Leonberger? The oldest German-bred canine in the world and the best pet any family could hope to own!

Currently, Carl is the CEO of Mammoth Global Partners, Inc. Mammoth is a consulting firm providing private industry as well as local and federal government partner’s expert services in public affairs and strategic communications as well as event management/celebrity appearances.  Carl is also exceptionally proud to be co-founder of the Heroes Media Group.

Carl is married to Jennifer Ann Kraly and has one sister and one brother and nine nieces and two nephews.  In September, 2016, Carl and Jennifer welcomed their first child into the world; Emerson Grace. 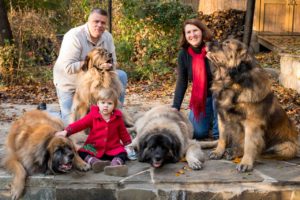